Born and raised in Birmingham, Alabama with what one would call “less than humble” beginnings, Reginald Stinson always knew that he had the ability to shape his direction and destiny for his life. Raised with his brother and a mom who instilled strong core values, he was always a independent, determined and a smart leader. During his younger years, Reginald never thought of himself as poor, but he knew there was more that he wanted for himself. He made choices that would shape the type of business owner, entrepreneur he is today.

During his teenage years, Reginald strayed from the core values that his mother taught him and he found himself in trouble. These experiences shaped his mindset and he realized that he wanted to do things differently to become successful. He knew that the expected path of college and a “good job” wasn’t for him. He received his GED and went on to college, wanting to walk across a stage for his mom. Little did they know, he would walk on stage impacting lives of others in a more positive and tangible way. Reginald was destined to break the generational curse on his family of having “less than” and create a legacy of having the lifestyle they deserved and desired. Through his determination to prove that he did not have to be a statistic, or a product of his environment, he would encourage others to believe that they did not have to settle for what is the “expected path” but strive higher to have more. 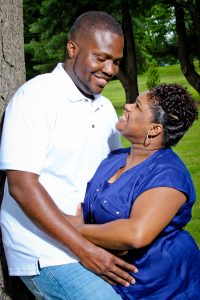 Married at an early age and in college, Reginald responded to an ad in the newspaper which would introduce him to a new, self-directed path – entrepreneurship through Network Marketing. Reginald knew instantly that this was the way he would change his life.   He quickly realized that this career path held no limits, his success would be based on his own terms. Reginald submerged himself in all that the industry has to offer. He knew that this was the way to achieve the lifestyle he deserved and desired.

While in college, between 2005 – 2006, he was exposed to and took the first step in the direction of entrepreneurship within the Network Marketing Industry. Reginald was hooked on the every aspect of this career path.

After going through the ranks, spending time jumping from opportunity to opportunity, Reginald knew he was on the right path but realized that he had to focus on what was important; creating consistent income leading to the time freedom and lifestyle he desired for his family. In 2006 he experienced his first “breakthrough” and was able to fire his boss after 4 months. Although Reginald held the rank of top producer, he wasn’t making as much income as he wanted. His success during this time enabled him to foster and build relationships as well as position himself as a rising leader within the industry, but he knew he could do more.

Reginald refocused and quickly recognized that personal development, dedication, hard work and massive, fearless action was what was need to become successful. This is the core of what this Leader in the industry teaches his fast growing team. Navigating the ups and downs of entrepreneurship, he reluctantly returned back to the workforce in 2010. This humbling setback was short lived. He realized that he wasn’t as serious as he should have been about growing his own business. During this 12 months back out at a J.O.B., Reginald grew to appreciate the freedom, flexibility and nonexistent cap on his ability to make money.

Reginald was now determined not to give up and fired his boss once again. This bold move resulted in earning his first 6 figures. Although he was making money, his team wasn’t and he became burned out at the lack of success of his team members. Tired of recruiting, he welcomed a “Fresh Start” and DS Domination was answered prayer.   His desire to help change lives and see other people win, resulted in earning over a quarter of a million dollars in his first 10 months with DS Domination. He practiced exactly what he teaches, he took massive, swift and consistent action. 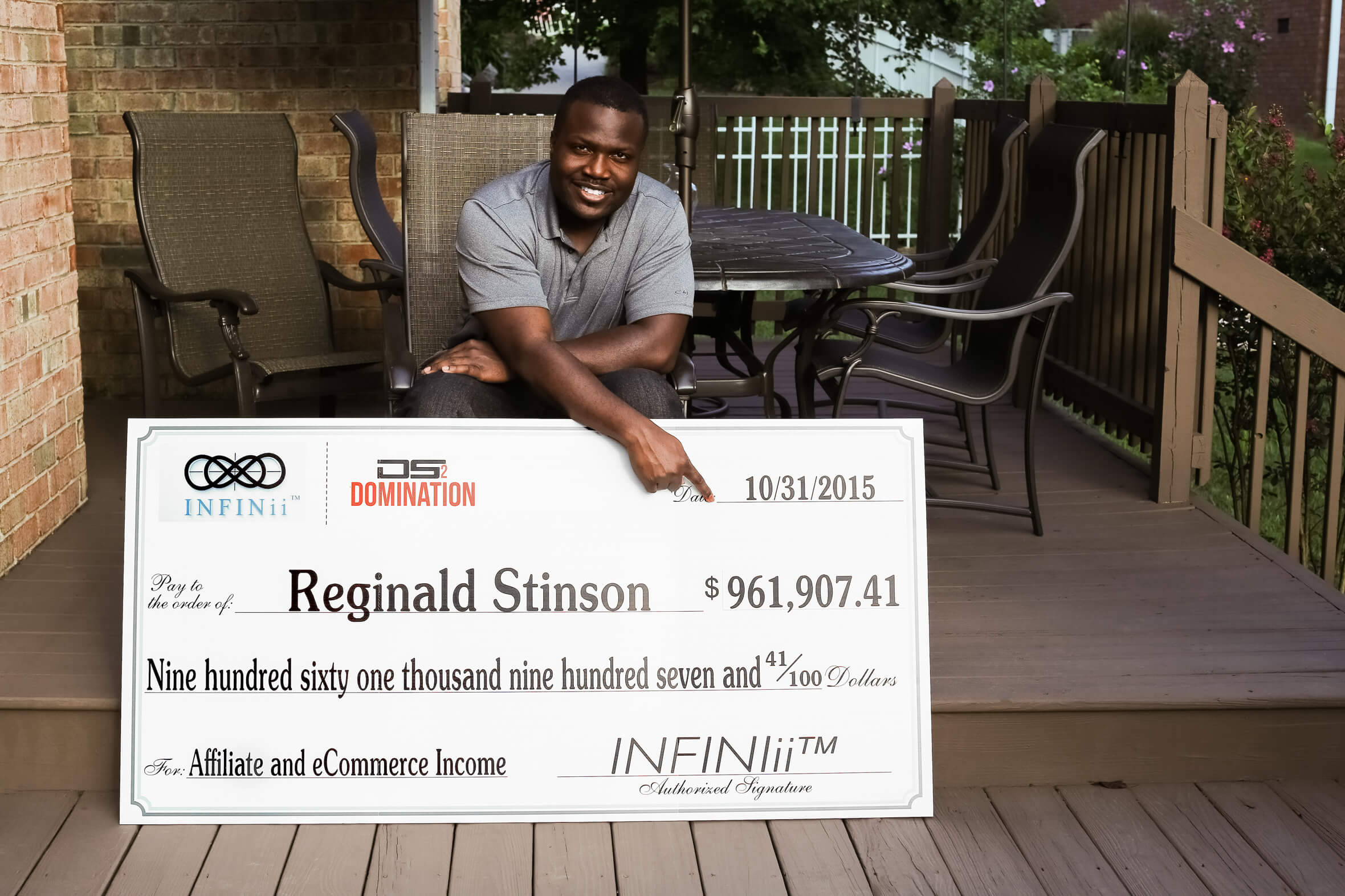 Reginald has become the “Hope Giver”. Compassionately training entrepreneurs from all over the world. Through his training style, he gives hope that you can have the lifestyle you desire on your own terms. Regardless where you come from, you can shape your own future, without limitations through the Network Marketing Industry.

Reginald is a dedicated husband and father raising his 3 children with his wife Sundra Stinson that he married April 9, 2004. He credits his professional accomplishments and shaping the future for his family to this industry. He is determined to give value to the Network Marketing Industry and anyone who strives to change the quality of their life.